We woke up early the next day, still trying to shake off the fog of jet lag that both put us to bed early and had as up while the sun was still rising, We took the opportunity of the early rise as a chance to watch the day break over the neighbourhood. To help us really feel like we had arrived in New York our hosts prepared us with delicious cream cheese and salmon bagels which helped to start our day on the right foot.

With our bellies full we took to the streets to begin our first day out in the city. Pre-adventure chores necessitated a stop by little malls to get data for our phones and cheap trainers for my feet. My first American shopping experience had me grinning at peanut butter specials that must surely feed a family of four for a year and entire isles of sugary themed cereal. After using a self-checkout for the first time ever I had to appreciate the ‘developed world’ efficiency that helps avoid human interaction as much as possible.

Next up we took the subway into Manhattan where we met up with Mari’s friend for sandwiches in Central Park. Being in this part of town felt the most surreal as the tall skyscrapers conjured images of buildings falling to alien attacks and a friendly neighbourhood spider swinging overhead. As we stood pushed back against the wall of the sandwich shop as trendy business folk threw orders of kale salads and designer coffee drinks across the counter I began to recognise that as much as I thought I knew what this world would be like, I was just completely out of my depth. Overwhelmed, but completely amused by the foreign world around, me we made our way down to the most famous park in the world. 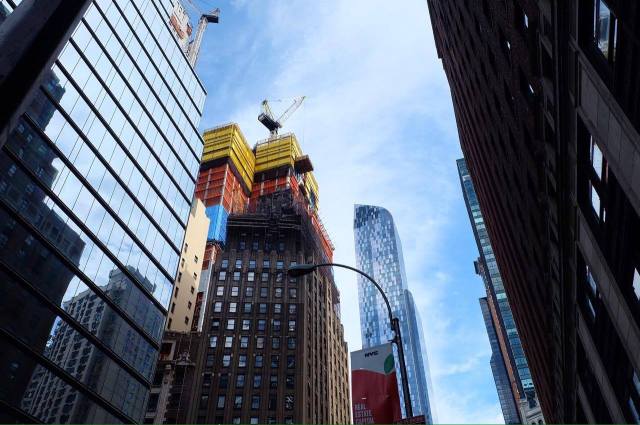 As you’d imagine there were food vendors selling hotdogs and pretzels lining the streets outside and all sorts of people sat on the benches which lined the paths. From homeless men sprawled out over the bench entirely to business people who sat quietly with their faces glued to their phones, the park was full of all sorts of people taking advantage of the expansive greenery and shady paths. Walking to find a patch of grass to enjoy our sandwiches we also passed a large pond where groups of turtles sat bathing in the sunshine of the day. The park offered up the expected and the unexpected and there’s definitely more to be explored and enjoyed there later in our trip. 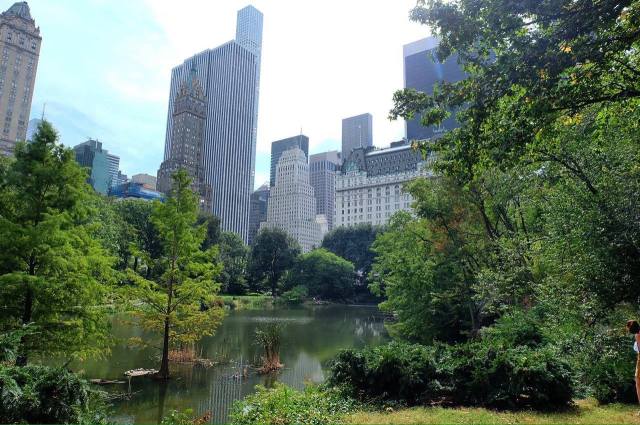 After lunch we caught the nearest subway to Cortland station which is the stop for the 9/11 memorial site. The subway station opens up into a shopping center which is a confusing choice for the entry into the memorial site but at least the building itself is aesthetically pleasing. The site of where each of the towers stood is marked with a large square structure surrounded by the names of each of the victims cast into metal. Inside the structure, water cascades down the sides and then down through another square hole which has no apparent bottom. There is a very somber feeling surrounding the memorial structures as they gives a sense of things falling forever. They do successfully communicate just how massive the buildings were and how the loss of the buildings will always be remembered by the people of the city. 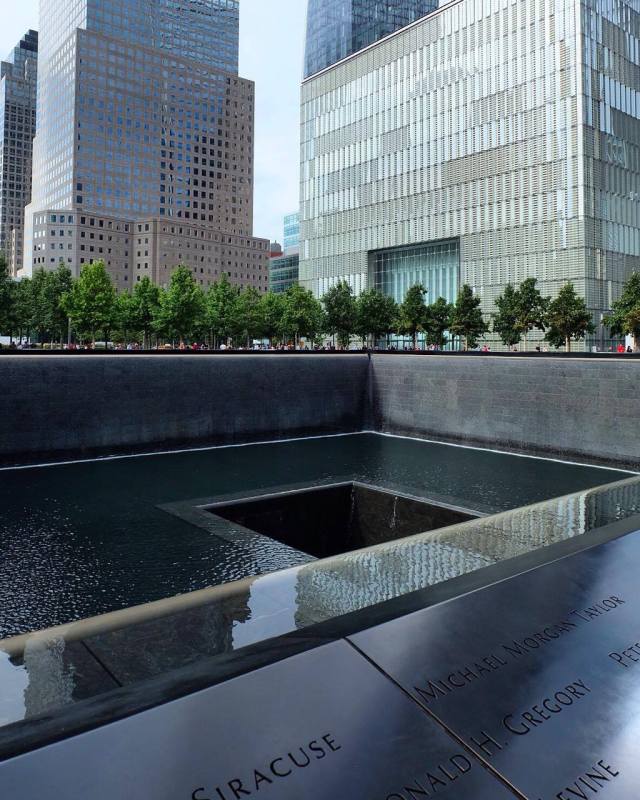 From here we wondered down to Battery Park where I’d get my closest look at the Statue of Liberty. Although it stands far in the distance, to see it with my own eyes was reward enough. The ferry across to the statue is expensive and you must cross through an extensive amount of barriers before reaching what is described as “airport like security”. Neither Mari nor I had the motivation to overcome the financial hurdle or the desire for a full on pat down, so instead we chose to kick off our shoes and lounge about in the nearby park. 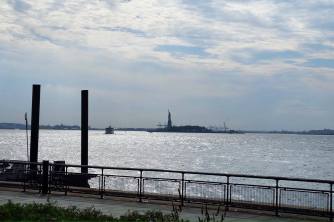 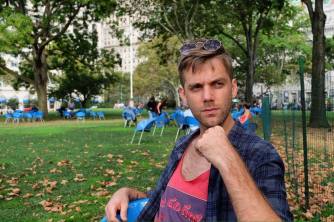 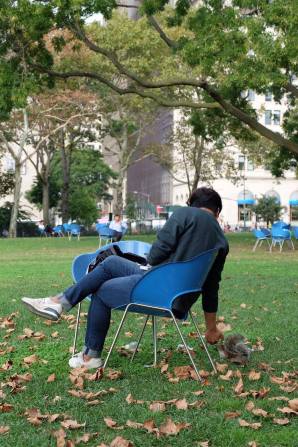 By now the day was winding down and as anyone who has spent a day wondering a city would know, the long walks and patient travels must be rewarded with a drink. We again jumped back on the subway and headed over to the East Village where the tourists weren’t as prominent and the atmosphere better suited a long beer. We took our time over a delicious IPA and a pineapple cider and watched as the people of New York came strolling by in their glam and splendour.

Eventually the sun washed over the city and dusk set in over our little beer shop. We’d built a healthy appetite during the day but before dinner we met up with Gabe and Alice at a speakeasy (a hidden bar above a restaurant) and sipped on expensive but tasty designer cocktails. We walked down the ever busy New York streets towards a place called Superiority Burger where we ordered their signature vegetarian burgers coupled with a tahini ranch salad and roasted sweet potatoes. The restaurant is just a little hole in the wall and so we took our food to a BYOF (bring your own food) bar where washed it all down with craft beer.

Once the final meal of the day was in our bellies it was only a matter of time before our jet lagged bodies gave up for the day. We sleepily followed Alice up and across ever moving New York streets to find the subway route that would eventually lead us home for the night.